In the packaging supplies world, stretch film and shrink film are two of the most mistakenly interchangeable words used when it comes to products. Although they sound similar, and both are types of plastic film, the difference between the two is actually huge. People often request samples, quotes, and orders of “shrink film” when they really mean stretch film — and it is easy to see why. Because packaging supply companies sell both, it can become confusing for both the client and the company to differentiate.

So let’s break down the difference between Stretch Film and Shrink Film once and for all. 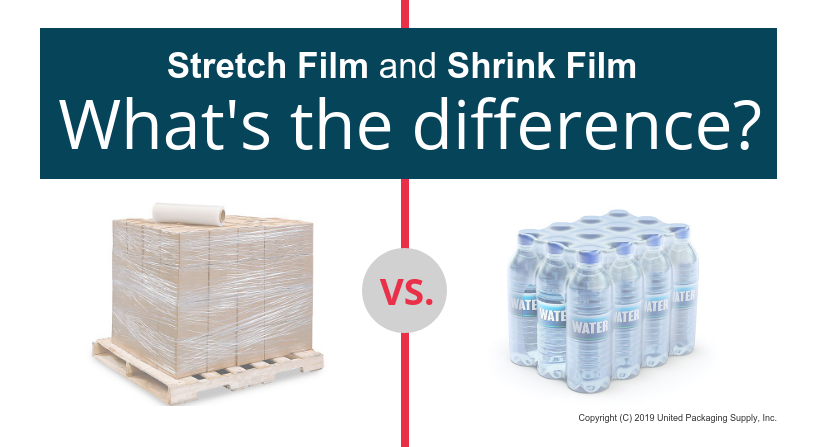 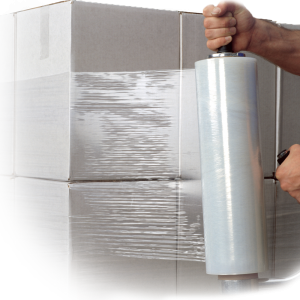 Also known as stretch wrap, stretch film is the clear plastic wrap applied by hand or machine to contain boxes and products on pallets. It acts as a safety net for pallets during the shipping, storing, and distribution process. Most stretch wrap is clear so the user can see what’s on the pallet for easy identification, scanning, and security, and it comes in many lengths, widths, colors, gauges, and types, depending on the need.

Stretch film is applied by hand (hand film) or by equipment (machine film). Hand film is usually smaller in width so that a person can manually hold the roll and wrap the stretch around the pallet. Hand film can come pre-stretched, which means the wrap has already been stretched to capacity as it sits on the roll. The user would not need to stretch it any further to wrap the pallet. Although this requires less output from the person applying the stretch film to the pallet, it also means that there is less film per roll, and it cannot contain as much as conventional, un-stretched wrap.

Machine film usually runs in a larger width to fit a machine wrapper, which can automatically wrap various pallet loads and sizes in a fraction of the time as a manual application. Some machine wrappers have an “arm” that rotates around the pallet, while others require the pallet to sit on a platform that spins while the stretch film is applied.

Stretch film can also be what’s called “blown” or “cast.” These terms refer to the way the stretch film was manufactured. These differences make a big impact on the usability and price of the film. Cast film is essentially a less expensive and more modern way to produce stretch film, although blown film has a variety of uses still today. Cast is perfectly clear, stretches easily, and does not stick to the hands. However, it can break easily if over-stretched, and does not shrink back to size as easily after stretching. Blown, on the other hand, is not crystal clear and is tacky to the touch, but it has a higher holding power and a greater resistance to tearing or breaking than cast. Use of one or the other depends on the pallet-wrapping needs of the user. 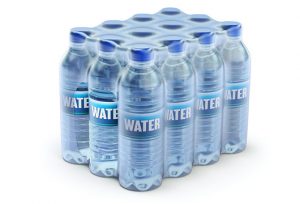 Shrink film is the tight plastic packaging that surrounds consumer goods like water bottles, soda cans, sporting goods, and pharmaceuticals. This film gets its name from the literal shrinking of the plastic film to package a product. It allows for bundles of products to be sold in one package, so you can buy a 24-pack of water bottles instead of 24 individual bottles of water. Shrink film also allows for increased security and protection, because it is easy to tell when a shrink-wrapped package has been tampered with. It can be printed and branded for optimized consumer awareness.

Shrink film typically comes in two types: Polyvinyl Chloride (PVC) and Polyolefin. PVC is considered a more “outdated” form of shrink film, although it is less expensive than its more modern counterpart. PVC is also not great for use with edible/consumable products, so for food and drink, Polyolefin is the way to go. Polyolefin is durable, has excellent clarity, and contains a high ability to shrink quickly and completely when heated.

Stretch film and shrink film have very different uses. Stretch film wraps and protects industrial pallets, while shrink film contains consumer goods for easy packaging and shelving. One cannot be used in place of the other.

Now that you are an expert of stretch film and shrink film, go spread the word!

Getting to know you and your business is the first step. Sign up to talk to an Account Manager today.